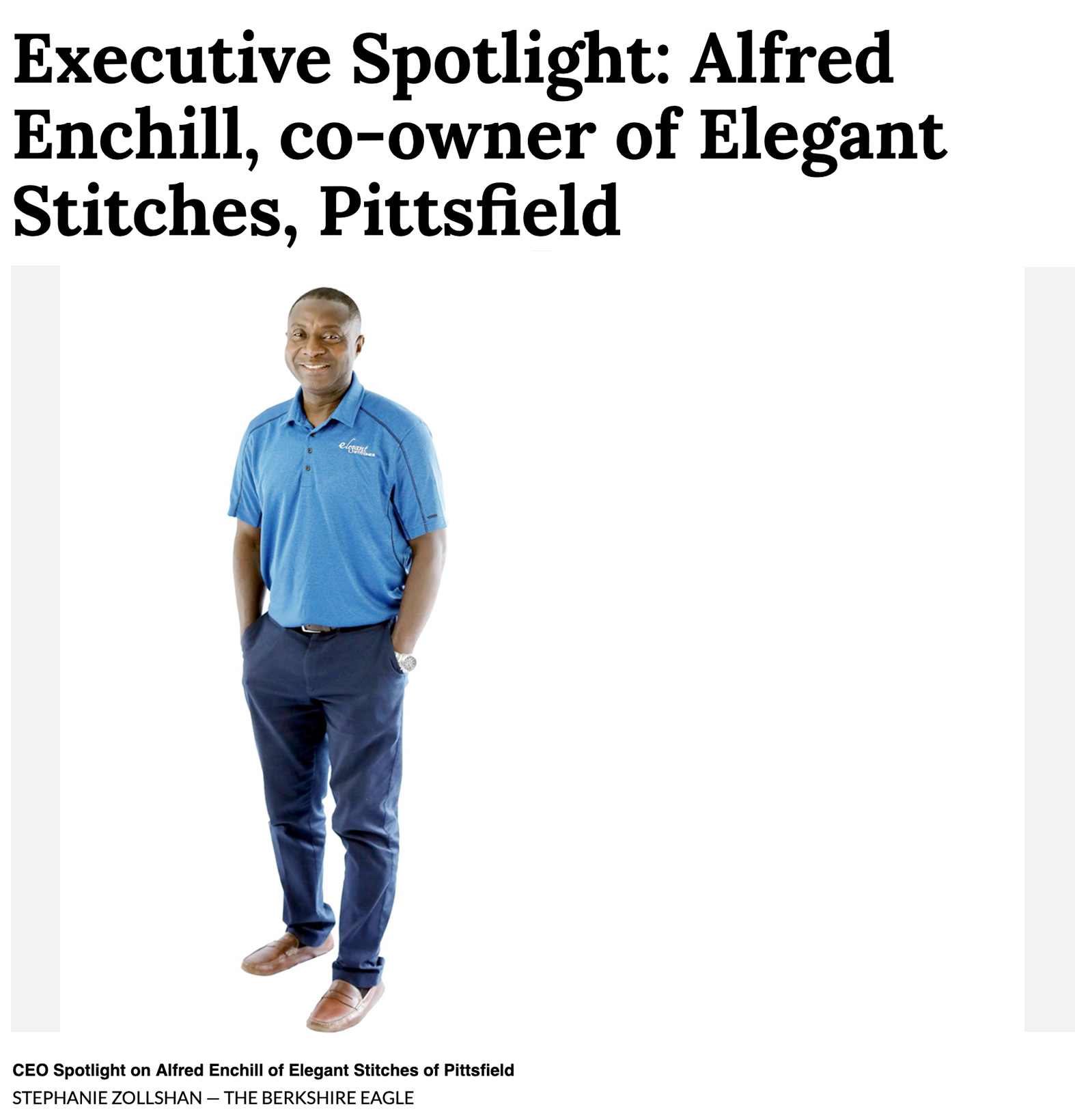 Posted at 19:20h in Press by admin
By Tony Dobrowolski, The Berkshire Eagle

PITTSFIELD — Growing up in Ghana, Alfred Enchill’s dream was to become a lawyer and work as a diplomat at the United Nations, but life had other plans.

A series of events and circumstances guided Enchill to own Elegant Stitches embroidery on First Street in Pittsfield instead.

“We were in turmoil [in Ghana] back then,” Enchill said, referring to the series of coups and clashes that led to the rise of former military leader and president Jerry J. Rawlings. “I was at the University of Ghana when we had the problems. My folks wanted me to come to the U.S. and live with my uncle and go to school.”

In 1988, Enchill went to live with family in Bridgeport, Conn. He was going to continue his legal studies, but his plans changed once he saw the tuition and fees for a semester at the University of Bridgeport. He couldn’t afford it. So, Enchill became a delivery contractor for the U.S. Postal Service.

That job brought Enchill to Pittsfield in 1991. Six years later, he and his wife, Vivian, opened the original Elegant Stitches at Fenn and First streets.

The shop was burned down in an arson in February 2004. It was completely destroyed.

But with help from the community, the Enchills were able to rebuild their business and thrive. Elegant Stitches, which also does screen printing and vinyl heat press customization, has become a popular spot for custom apparel in the Berkshires.

We met with Enchill recently to talk about his journey, the advice he would give to immigrant entrepreneurs and why, at age 57, he still is pursuing a college degree.

Q Given your goals when you were younger, do you have any regrets about how your life turned out?

A If I go back and say, “Oh, if I had been a lawyer ” [I would have to] then forget the fact that I had been able to raise [four] wonderful kids to become men. Then I am cheating myself by not acknowledging the accomplishment that comes with being a parent. If there’s any regret at all, it’s that the journey has been longer for me to get my degree.